You are here:
Plumbing You turn on the tap and out it comes, but how much more do you know about the water you drink, cook, clean and wash with?

It comes mostly from two sources. Surface water is rainfall collected from streams and rivers. Groundwater is water that has been harvested in artificial and natural underground stores or aquifers.

It wasn’t until the latter half of the 19th century that the link between water quality and the spread of infectious disease was made.

Sand and charcoal filters were the first materials used to treat municipal water supplies, with chlorine added
as a disinfectant to prevent the spread of cholera and typhoid.

But it wasn’t until the early 1970s that most developed nations adopted a clean water for every home policy.

Water additives are carefully regulated and every water authority has to abide by the standards laid down.

CHLORINE is added as a disinfectant to kill microorganisms and prevent their regrowth in distribution systems.

It has been used for decades, but there has been some research that has linked harmful levels of chlorine with health concerns.

FLUORIDE has been present in mains water supplies since the early 1960s, after being accepted as an effective means of oral health care in the 50s. Levels vary from state to state as temperature plays a key role in the amounts of fluoride required

As water makes its way through the ground, it picks up minerals such as calcium carbonate and magnesium. The more concentrated the quantity, the harder the water.

These qualities are primarily a taste issue, not safety. Hard water can be identified by a lack of suds and build-up on appliances such as the kettle element and dishwasher. Softer water is generally preferred for household and commercial use.

Though our tap water is very safe, there can be traces of heavy metals, depending on the quality of the pipes the water is transported in. This can affect the taste of the water but is not necessarily a health concern.

Other possible sources of water contamination are livestock waste, fertilisers and pesticides from agriculture and industry, chemical run-off from industry, heavy metals from mining, and the waste we wash down the drains in cities and towns.

Preventing the pollution of groundwater is a big issue in Australia, as much of the rural parts of the country rely on supplies stored in aquifers. Small rural communities may also have a private water scheme in which a catchment is maintained and distributed locally and not for profit.

If your home is more than 60 years old, ask your plumber to check any original pipes and fixtures for lead, which can be harmful to health.

Simple at-home systems are as affordable as they are efficient.

From individual drink bottles with integrated filters, to the benchtop jug or a fitting that clamps onto the tap, removing impurities that affect the taste and smell of drinking water is an easy process.

Most at-home systems use an activated carbon method, which can reduce chlorine, cadmium, copper, aluminium and mercury, among others. Filtering out fluoride, however, requires a distilling or reverse osmosis system.

Undersink systems are an easy way to have filtered water on tap, and cost less than $400. They work with replaceable cartridges, which cost about $60 and will provide filtered water for three months or more, depending on use.

Undersink systems work in most kitchens and can be installed DIY.

Before installing, locate the cold and hot water shut-off taps or mains supply, and look under your sink at the existing tap fittings to ensure you have the right tools to dismount. If a dishwasher is plumbed in, unplug and switch it off at the socket. 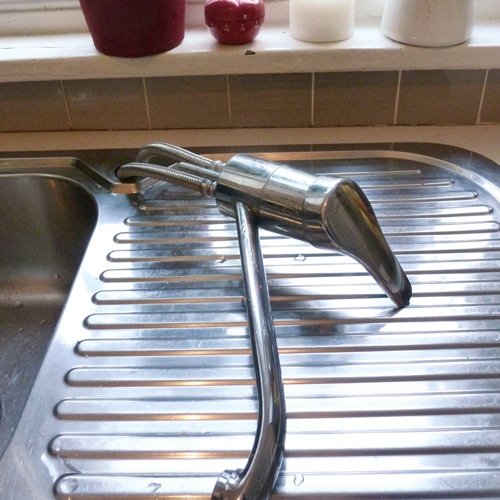 Disconnect the tap after shutting off the water by unscrewing the hot and cold water hoses with a shifting spanner. Catch any water in the hoses in a container. Unscrew the nut on the tap bolt and pull the tap and hoses through the tap hole. 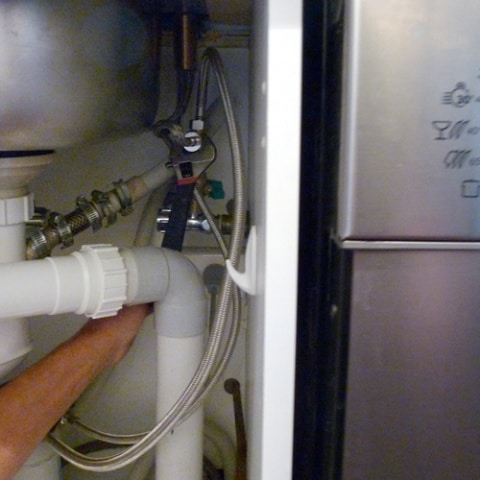 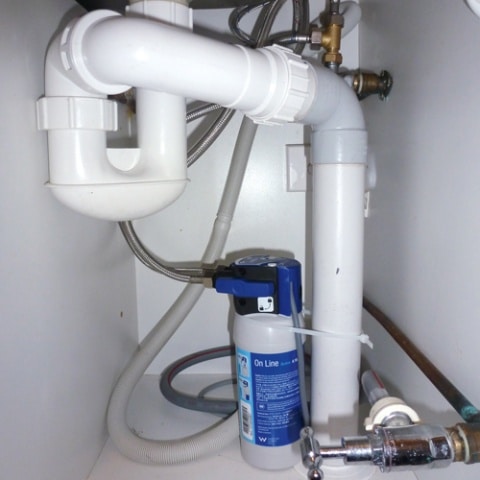 Attach the filter to the mains and tap hoses but don’t over-tighten. Ensure the flush valve is free from the filter head, using the bracket to secure the filter cartridge upright and out of the way, or attach it to the waste pipe with a cable tie.

How to Prevent Blocked Drains in Your Home
May 1, 2018

How to Join Copper and Galvanized Steel Pipe
January 30, 2015