How to Repair a Cracked or Sagging Joist

A severely arched, bulged, cracked, or sagging floor joist can only get worse over time, eventually deforming the floor above it. Correcting a problem joist is an easy repair and makes a big difference in your finished floor. It’s best to identify problem joists and fix them before installing your underlayment and new floor covering.

One way to fix joist problems is to fasten a few new joists next to a damaged floor joist in a process called sistering. When installing a new joist, you may need to notch the bottom edge so it can fit over the foundation or beam. If that’s the case with your joists, cut the notches in the ends no deeper than 1/8″ of the actual depth of the joist.

How to Repair a Cracked or Sagging Joist 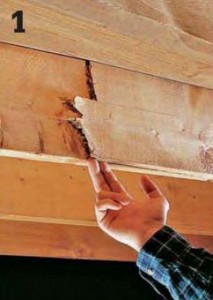 Step1: Identify the cracked or sagging joist before it causes additional problems. Remove any blocking or bridging above the sill or beam where the sister joist will go. 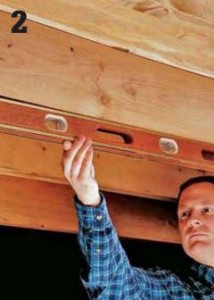 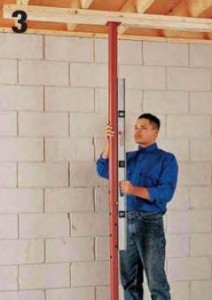 Step3: Nail two 6-ft. 2 x 4s together to make a cross beam, then place the beam perpendicular to the joists near one end of the joists. Position a jack post under the beam and use a level to make sure it’s plumb before raising it. 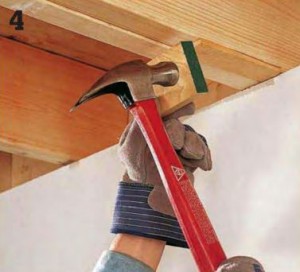 Step4: Raise the jack post by turning the threaded shaft until the cross beam is snug against the joists. Position a second jack post and cross beam at the other end of the joists. Raise the posts until the sister joist is flush with the subfloor. Insert tapered hardwood shims at the ends of the sister joist where it sits on the sill or beam. Tap the shims in place with a hammer and scrap piece of wood until they’re snug. Step5: Drill pairs of pilot holes in the sister joist every 12″, then insert 3″ lag screws with washers in each hole. Cut the blocking or bridging to fit and install it between the joists in its original position.