How to Remove Wallboard

M any home remodeling projects actually begin with demolition. When you’re remodeling, it’s often necessary to cut or enlarge openings for new doors or windows or even to remove entire walls. The basic procedures [or this type of demolition are the same whether you’re working with doors and windows on exterior walls or altering interior walls.

How to Remove Wallboard 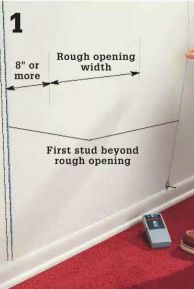 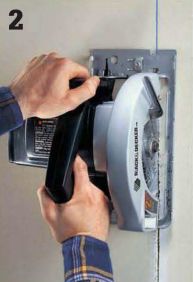 Step2: Remove the baseboards and other trim, and prepare the work area. Make a %” -deep cut from floor to ceiling along both cutting lines, using a circular saw Use a utility knife to finish the cuts at the top and bottom and to cut through the taped horizontal seam where the wall meets the ceiling surface. 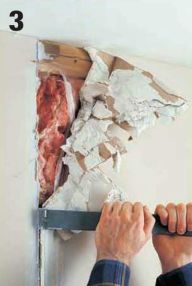 Step3: Insert the end of a pry bar into the cut near a corner of the opening. Pull the pry bar until the wallboard breaks, then tear away the broken pieces. Take care to avoid damaging the wallboard outside the project area. 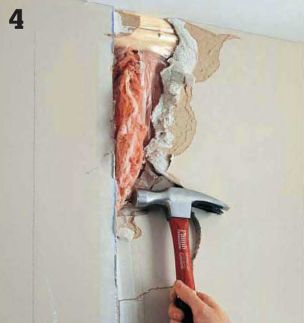 Step5: Remove nails, screws, and any remaining wallboard from the framing members, using a pry bar. Remove any vapor barrier and insulation.