How to Install an Acoustic Tile Ceiling

You are here:
Walls, Floors and Ceilings 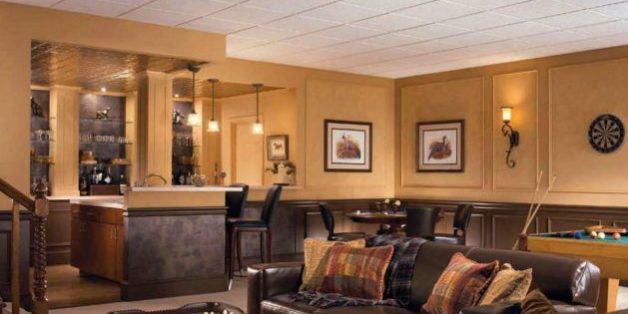 Ceiling tiles made of pressed mineral and fiberboard are available in a variety of styles. Installing these tiles is a fairly simple project that will help soundproof your entertainment room. 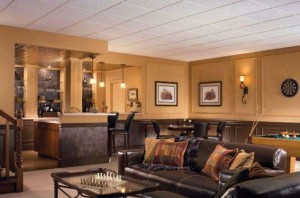 Ceiling tiles typically can be attached directly to a drywall or plaster ceiling with adhesive. If your ceiling is damaged or uneven or if you have an unfinished joist ceiling, install 1 x 2 furring strips as a base [or the tiles, as shown in this project. Some systems include metal tracks for clip-on installation.

Unless your ceiling measures in even feet, you won’t be able to install the 12-inch tiles without some cutting. To prevent an unattractive installation with small, irregular tiles along two sides, include a course of border tiles along the perimeter of the installation. Plan so that tiles at opposite ends of the room are cut to the same width and are at least one-half the width of a full tile.

Most ceiling tile comes prefinished, but it can be painted to match any decor. For best results, apply two coats of paint using a roller with a 1/4″ nap, and wail 24 hours between coats. 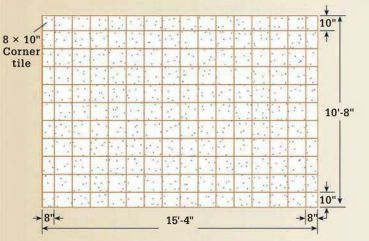 Tip: Acoustic tiles are generally made from cellulose fibers with a textured facing of vinyl. You can buy suspended ceiling tiles With sound deadening properties, but true acoustic tiles are mounted to strips or channels that are attached directly to the ceiling. Above are a few design styles. 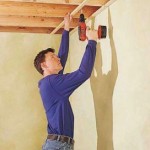 Install the first furring strip flush With the wall and perpendicular to the joists, fastening with two 8d nails or 2″ screws at each joist Measure out from the wall a distance equal to the border tile width minus %”, and snap a chalk line. Install the second furring strip with its wall-side edge on the chalk line. ” on-center from the second strip. Measure from the second strip and mark the joist nearest the wall every 12″. Repeat along the joist on the opposite side of the room, then snap chalk lines between the marks. Install the furring strips along the lines. Install the last furring strip flush against the opposite side wall. Stagger the butted end joints of strips between rows so they aren’t all on the same joist. 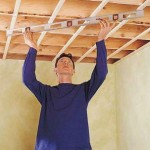 Check the strips with a 4-ft. level. Insert wood shims between the strips and joists as necessary to bring the strips into a level plane. 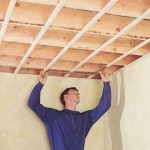 along two adjacent walls to help guide the tile installation. Inset the strings from the wall by a distance that equals that wall’s border tile width plus 1/2″ . Use a framing square to make sure the strings are square.

Step5:
Cut the corner border tile to size with a utility knife and straightedge. Cutting the border tiles 1/4″ short will ease fitting them. The resulting gap between the tile and wall will be covered by trim. Cut only on the edges without the stapling flange. 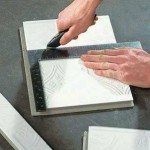 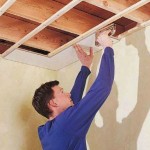 Position the corner tile with the flange edges aligned with the two string lines and fasten it to the furring strips with four 1/2″ staples. Cut and install two border tiles along each wall, making sure the tiles fit snugly together.

Step7:
Fill in between the border tiles with full-size tiles. 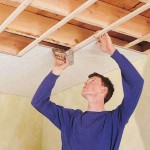 Continue working diagonally in this manner toward the opposite corner. For the border tiles along the far wall, trim off the flange edges and staple through the faces of the tiles, close to the wall.

Step8:
Install the final row of tiles, saving the far corner tile and its neighbor for last. Cut the last tile to size, then remove the tongue and nailing flange along the side edges. Finish the job by installing trim along the edges. 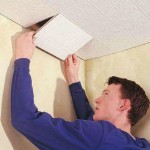 A Quick Guide for Evaluating Your Existing Floor
June 12, 2018

How to Install Hardwood Flooring in a Right Way
May 1, 2018